Left out my favorite Nutcracker Photo

As promised, more photos from our Nutcracker: 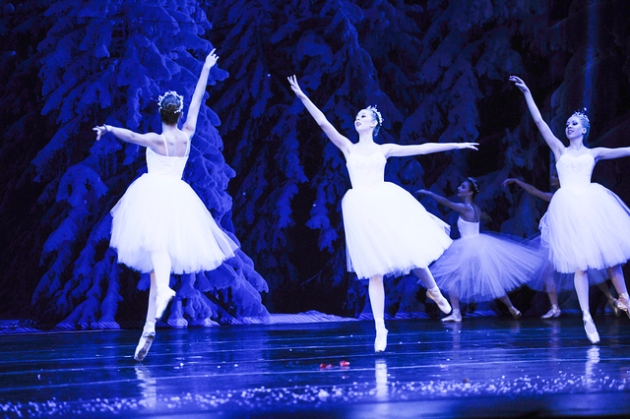 I’m in every photo except Arabian and Snow (that is if you count that I’m under the bed for the battle scene).

Funny video about contemporary dance, considering that’s what we did Saturday.

“Why yes, I am wearing makeup, don’t judge me,” I thought as I saw the strange look on the lady at the McDonald’s drive-thru between our Saturday Nutcracker performances.

“Gentlemen don’t normally do this,” my female teacher said before we did bourees across the floor along the diagonal.

Male friend who invited me to work out with him at the gym where he has membership: “So, what did you think?”
Me: “It seemed to be a little weird.”
Male friend: “How so?”
Me: “I’m not used to working out in a room full of men.”

Thought I’d throw in a little true-life humor. Hope everyone has a happy holiday.

Today was our last class before Christmas break. Mr. and Mrs. O headed to see family for the holidays.

So subbing for Mrs. O was the young professional male dancer who dances with our company and teaches jazz and modern.

He sprung a surprise on those of us who were there to get that last ballet fix before about two weeks away.

We were going to be taking a contemporary class. I’ll be honest, I’ve taken modern, hip-hop and jazz, but had never heard of contemporary until one of my fellow ballet bloggers mentioned taking a class. I thought it was another name for modern.

And I felt like politely bowing out of the experience.

But I was there. And I have a lot of respect for the guy teaching the class.

We went through a torturous warmup that involved pushups and an arm workout that made my arms totally burn.

And then we began to dance.

We ended up working on choreography for about 2/3’s of the class.

And deep down, I thought, there’s no way I’m going to be able to do this. Not at my age.

The dance we learned included having to roll in the floor twice, once after a penche-like move into a half-pirouette, and another after a pique, then double pirouette move, and then coming out of the roll into a balance turn followed by a grande jete where you fell on your knee before standing up.

I thought, I’m trying this. But there’s no way I can get up once I, much less twice.

It seems my body knows better than my mind.

Not only did I get up, I received praise for out-dancing some of my much younger company dancing peers.

It was really fun.

Didn’t enjoy it as much as ballet. But if contemporary were offered at our school, I would probably take it.

It capped what turned out to be a really good week of dancing for me, which considering coming off seven Nutcracker performances last week, I was really amazed by how well the week went.

My double pirouettes were praised by Mr. O. And Dawn C. told me my technique is greatly improved.

Sort of a bummer we’re taking a holiday break after such a week.

Sadness is an empty theater

My Nutcracker withdrawal this year began shortly after our final bow.

It hit even harder as I helped the tech crew take down the sets we put up what seemed like only a day before, but in reality was a little more than a week ago.

I took a couple of photos of how empty the place seemed without all the sets, the props, the dancers, the wardrobe and makeup crew, the volunteers, the parents and the crowds.

What an amazing week it was. I’ve said it before, but Nutcracker week is the one week that I get a little glimpse into what it’s like for a professional dancer. From last Saturday onward, the theater was my home until roughly about 5 this evening.

Set setup, long rehearsals, company warmups … multiple parts in multiple performances in a single day. We’ve just completed seven shows in four days. And since the school shows on Thursday and Friday were so early, I don’t know if I slept more than four hours a night until last night. Our show today wasn’t until 1, so I got to sleep in a little bit after leaving the theater at 10 last night (I was at the theater yesterday for 11 hours because of how our two Saturday shows were paced).

Performance-wise, it was an interesting week for me. One of my three roles was “bed boy,” which if you know anything about New York City Ballet’s Nutcrackers, you know there’s a poor unfortunate dancer under Clara’s (or Marie’s) bed transporting her around the stage at various times during the battle scene. They changed my path and added fog, which obscured my already limited vision.

I botched my exit because of it dress rehearsal night and for our Friday night show (nothing like flying blind as your backing off stage), but by our performances Saturday and today I was nailing the bed runs.

My favorite role, the Chinese Lion (or Dragon) went well. Got ahead of the music during the Saturday matinee performance because our wonderful orchestra (trust me that’s not sarcasm, they did a great job) for some reason slowed the music and had to make an adjustment. But my jumps got better and higher with each performance, as did my timing. I felt our last two performances were my best shows overall.

As for the party scene, I thought things went really well every performance. My very young party wife and I worked well together during our short dance, and she did a very good job staying in character the entire scene. She was a pro, and maybe the best party mom I’ve ever worked with (she took her role as “mom” seriously and was constantly fixing our “son’s” hair and making sure his little tie looked great).

There are some things I’ll never forget. I already mentioned the gift I got earlier this week. The Claras gave me a nice little red velvet cake in appreciation for my grunt work as “bed boy” during the battle scene. And I received several compliments for the multiple roles I had in the show.

Company warmups are always among my favorite things about production. Mr. and Mrs. O alternated leading them, and we do them to Christmas music. Nothing gets me more in the Christmas spirit.

Among the touching things this week was watching the company girls who are seniors in high school. It’s always an emotional week for them, but today was especially hard for a couple of them. They’re going to be going off to college and this was their last Nutcracker with the company (and maybe for good, I hope they don’t quit dancing when they go off to college, but many do).

We also had the first sold out public show that I can remember since I started performing a few years ago (the school shows are always sold out). We had the packed house for our Saturday evening show. We had great crowds all week.

And I believe we had our best performances as a company and school the last two days. Our cavalier and our two Sugar Plums were amazingly beautiful during our grand pas and coda the entire week.

There’s a lot more I could say, but I’m extremely tired. It seems the older I get, the faster the week goes, and this was the fastest I can remember.

I’ve included a few photos of the empty theater, my Nutcracker “family” and one of us who made up the Chinese dance crew. I hope to have actual performance photos soon. 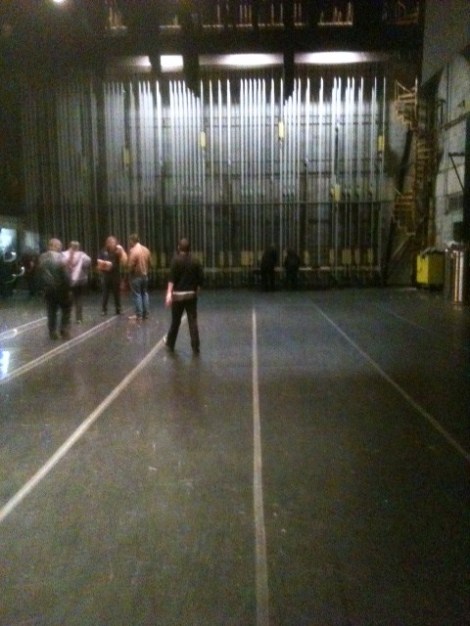 loveballet89
Create a free website or blog at WordPress.com.